This is our story.

Over the last century, we have grown to encompass a large range of sectors. At A&Co Group Of Companies, we understand that staying ahead needs evolution, adaptation and quality service. 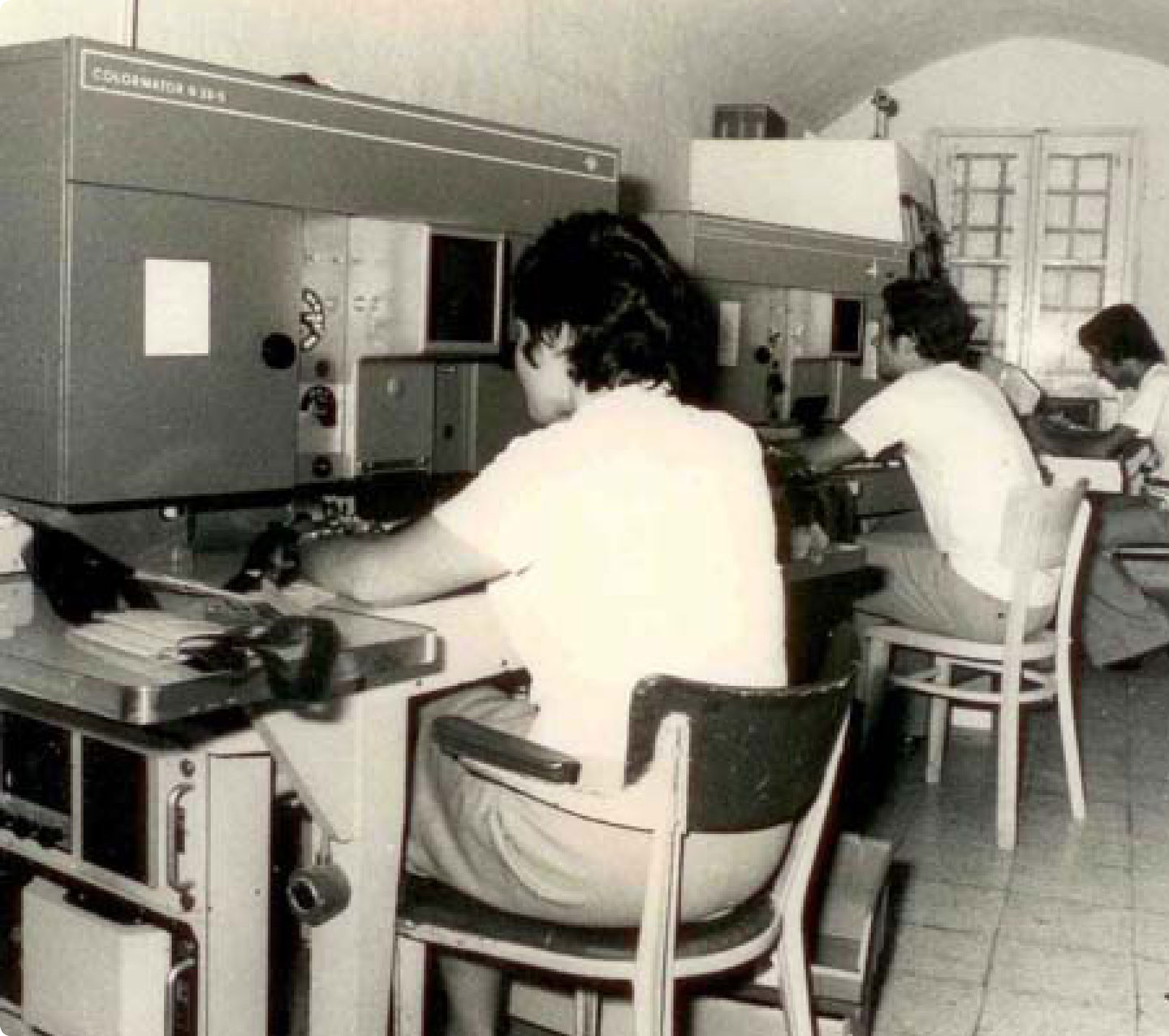 Company founder Edoardo Pellegrini Petit established the Attard & Co in 1921. The partnership was named after Edoardo`s wife whose maiden surname was Attard.

Another of Edoardo’s sons, George Pellegrini Petit joins the firm in a new administrative capacity. Next in line to his brother Joseph, George joined Attard & Co to support the growing family business.

The year when Attard & Co entered the ‘photo products’ line of business and became the official representatives of Fotoprodotti Gevaert (eventually became known as Agfa) in Malta.

On February 29th 2000, Attard & Co Foodstuffs becomes the third business group to be spun off as a separate entity.

IIM Business Consultants Ltd was established to offer a range of services which would facilitate business ventures in Malta, the Mediterranean basin and North Africa.

Evolve Ltd. was established to meet the requirements of laboratory-dependent organisations through innovative and well adapted products and services.

On the 2nd June 2006 Attard & Co. Imaging was established in order to focus on the provision of specialised imaging services to the printing industry in Malta.

T4B Services Ltd. was established in order to offer services in the building finishing industry.

Anchor Maritime services was set up to offer ship and liner agency services.

Lotusgreen Cleaning Solutions Ltd was established under the Food group offering the sale and distribution of cleaning products.

The merger between the two giant photo firms Agfa and Gevaert is announced. Attard & Co. are appointed sole agents for all products supplied by Gevaert Photo-Producten N.V. (est 1894), Mortsel, Belgium as well as of Agfa AG (est 1867) Leverkusen and Munich, Germany.

The acquisition of International Merchants Ltd under the Food group.

1952 is a significant year in the organisation’s history as it marks the occasion the company acquired offices in the country’s capital Valletta. In post-war Malta business was already booming and by 1952 Attard & Co was on a progressive growth path which allowed management to take the decision to move office. Valletta was the main business hub at the time and under new direction Attard & Co moved to a new and more spacious office closer to city gate.

As the colour film processing business boomed, Agfacolor Laboratory moves premises to Granaries Street, Floriana. The decision to move was based on the fact that Attard & Co had purchased new, state of the art equipment which required larger premises.

On December 28th 2001 Attard & Co. Ltd. vacates its Valletta offices in South Street after 50 years of corporate activity and inaugurates its new premises at Canter House, Marsa, which becomes its official seat. By 2001 Attard & Co. Ltd. employed a total of 100 persons. The decision was made to move to a much larger premises in Marsa, an ideal location on the main arterial roads between the airport and Valletta. Once again inspired by the recognition trophy of the Cantering Horse, the new premises was given the name Canter House, later to be known as Canter Business Centre.

Acquired the Mriehel land – 3800sqm land. The land was bought as an investment property.

Sale of the Mriehel Property for Attard & Co for €3.2M

Edoardo Pellegrini Petit meets with Lieven Gevaert, the founder of the renowned photo firm, at the World Exhibition in Brussels.

The first-ever photocopier to reach Maltese shores bore the Lumoprint marque. Imported by Attard’s sister firm G.D. Laferla, the technology prevalent at the time had been diffusion transfer. Gevaert “Copyrapid” sensitised papers came into widespread use in offices.

In March 1994, Agfa presents Attard & Co`s Graphic Division with the International trophy, a bronze cantering horse, for outstanding performance in introducing Accuset and electronic prepress systems here in Malta. This trophy of recognition bares particular significance as a cantering horse is a champion, a symbol of strength, prestige and elegance.

Attard & Co Industrial establish the Supplier Managed Inventory (SMI) Division offering 3rd party logistics to Malta’s only microelectronics manufacturer. This was a successful entrance into the services sector and a business that has shown us to be flexible, dedicated and constant in the quality of our service.

Inspired by Agfa’s International trophy award of 1994, Attard Group adopts the cantering horse as its corporate logo on January 31st. During the same year, two awards for excellence are presented to Attard & Co`s Scientific Division by GBC as well as The Leica Microscopy Group respectively for excelling in sales of equipment in 1994.

The new Attard and Co web portal has been designed and launched in order to strengthen the online portfolio of Attard & Co Ltd. as a Group.

Rebranding of IIM Business Consultants Ltd which is now known as Firstbridge Services Ltd. It welcomes on board Mr. Dean Micallef as a Managing Director of the company. Firstbridge offers financial corporate support through tailor-made solutions, serving as a bridge between our clients’ financial requirements and goals.

Together with the world’s largest supplier of genetic testing equipment, Illumina Inc, Evolve installs Malta’s first Next Generation Sequencing machine ushering in a new era of Molecular Biology for the benefit of clinicians and patients

Evolve continues its Internationalisation efforts in sub-Saharan Africa as they commence in earnest, following numerous successful International projects in other various geographies.